Last night rumor came out that both Woodley and Diaz had entered fight camp. Journalists, fans, and fighters began to speculate that Woodley and Diaz were training for each other. The rumor has it that Woodley and Diaz are set to face off at the end of the year at UFC 219 in Las Vegas. With the UFC without a main event at UFC 219, this fight could live up to the billing of a main event. Diaz is a huge name in the MMA world especially after his two contests with lightweight champion Conor McGregor. Woodley did an interview with FloCombat saying how he may be announcing a fight soon, but it was not one of the obvious contenders. 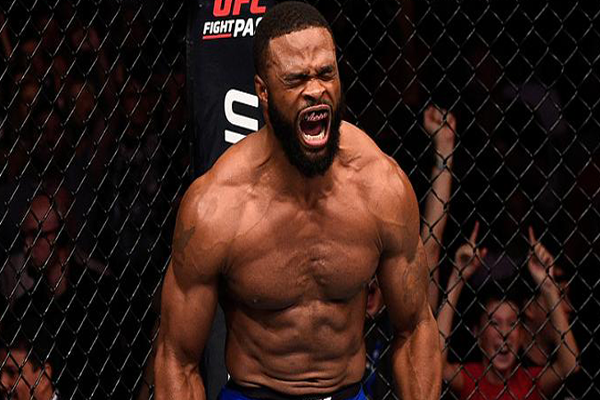 The question that is up for debate, is Diaz worthy of a title shot at 170?  I guess it depends on what lens you look at being worthy of a title shot. If you are purely looking at wins and losses at 170 pounds there is no way you can say Diaz is a viable contender. If you are looking at drawing power and if it can hold the billing for a PPV main event then Diaz is definitely worthy. If you look at the 170-pound division at the moment there is no true #1 contender at the moment. In Woodley’s defense for taking this fight, he is one of the few champions who has continuously defended his belt against the rightful #1 contender. He defended his belt twice against the hardest style matchup for anyone in the division in Stephen “Wonderboy” Thompson and solved the puzzle that no one could figure out in Demain Maia. So for Woodley to take a “money fight” it is not that outlandish. Overall I think this is a win for the UFC, the two fighters involved, and the fans who want to see Diaz back in the octagon. The real only losers are the top contenders like Robbie Lawler, Rafael Dos Anjos, Stephen Thompson, and Colby Covington.

These days of the UFC are much different than any other time in the company’s short history. A lot of people can take credit for the change in time including the new ownership in WME. Ultimately, the new age of MMA has become the “money fights” or “super fights”. A couple factors such as Conor McGregor making massive money, for MMA standards, with this method has led to fighters following his footsteps as well as, WME just purchasing the UFC for 4.2 billion dollars and they need to find a way to make sure they get a return on their investment. These are some super fights we could possibly see in the future.

Before everyone starts flipping out, I know and I agree. Tony Ferguson should be and I believe will be the next fight for Conor McGregor. It is time for Conor to fight the true #1 contender and I believe Conor knows that. There has not been another MMA fighter who has always known the proper step to take next in their career like Conor. With that being said, the Conor vs Nate fight will never go away. That trilogy fight will always be there and always will be a huge sell. Now if Conor is to face Tony Ferguson next, win or lose he can fight Nate after for a huge “money fight”. If Conor skips the Ferguson fight to fight Nate and happens to lose the Tony Ferguson fight will not be there anymore and neither will the belt. Quite frankly, Nate Diaz vs Tony Ferguson would be an awesome fight, but just is not going to do the same Pay per view buys that a Conor McGregor vs Tony Ferguson fight would do. In conclusion, I think it is smartest for all parties involved (Conor and UFC) to do the Tony Ferguson fight first to restore order in the lightweight division, which could still probably do 1.5 million pay per view buys and then do the Nate Diaz trilogy “money fight” that could eclipse the two million mark.

After Demetrious Johnson’s record-breaking title defense, I think everyone wants to see how he would match up with the best Bantamweights in the world. What is an interesting caveat to this is that both of these guys have openly said they would drop down to 125 pounds to fight Demetrious. Whether this future fight with one of these two guys happens at 125, 135 or even a catchweight fight of 135 pounds it is a fight everyone would be intrigued about. Will it happen, I’m not entirely sure, to be honest. After the fight, Demetrious had mentioned how he thought the winner between Henry Cejudo and Sergio Pettis would be the rightful next contender. There were rumors that came out via the San Francisco Chronicle that Cejudo had suffered a broken ankle escaping the California wildfires, but MMAFighting.com’s Ariel Helwani reported that Cejudo just suffered burns and should be able to compete come UFC 218 in Detroit. Depending on how things play out, I believe that Demetrious will fight the winner of this fight, while the winner of Cody Garbrandt/ TJ Dillashaw may do another title defense against the Dominick Cruz/Jimmie Rivera winner, but after each division gets sorted out I feel the UFC will push for the super fight between Demetrious Johnson and whoever is the Bantamweight champion. 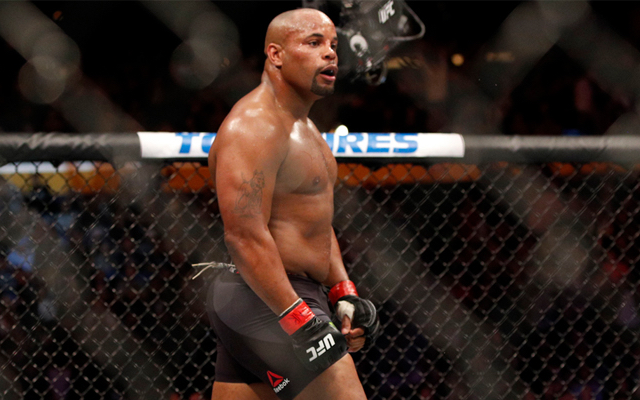 Right now with the possible long-term drug suspension looming for Jon Jones who was going to make the move to heavyweight, I would love to see Cormier move up to heavyweight and make this fight! At light heavyweight Cormier has nothing else left to prove. Sure, he could face a rising Volkan Oezdemir, but what does that do for his legacy. For Cormier to cement himself as one of the best clean fighters this sport has ever seen a win over Stipe would be exactly what the doctor ordered. Cormier is no stranger to the heavyweight division and tends to walk around at about 230 pounds if not heavier. Come fight nice Stipe Miocic usually weighs about 240-245 pounds. In Cormier’s career, he has won multiple fights in heavyweight division over top level competition such as Frank Mir, Roy Nelson, and Josh Barnett.

For Miocic, this may be the name he needs on his resume as heavyweight champ to launch him into the general public’s eyes. Miocic has now already beaten Fabricio Werdum, Allistair Overeem, and Junior Dos Santos, which are all the top contenders in the heavyweight division. The only people that he already has not beaten would be Francis Ngannou if he is able to get by Overeem, and Cain Velasquez if Cain is able to get healthy. With Cain being teammates with Cormier I think that is the only possible roadblock in making this fight. If Cain continues to stay sidelined though there a real possibility of Stipe and Cormier squaring off. In my opinion, this fight makes a lot of sense from both camps.

Whether as a fan you like it or not, “money fights” or super fights are the new way of matchmaking in the UFC. I think all three of these fights are legit fights that not only the general public will be interested in, but also the die-hard fans of the UFC. Will they happen, who knows, but they do all make some sense and I could realistically see them all being made in the future.

Could we see Nate Diaz challenge for a belt? Story in bio!
Check out all the results from #ufcnorfolk Link is in bio!
HUGE NEWS: Bellator to do a 8 man tourney to decide the Heavyweight 👑. Who ya got? #Bellator #heavyweightchamp #mma
Breaking News: Edgar out of #UFC218 and Cruz out of #ufc219 Article link in the bio!
Thug 🌹 steals the show! Check out the whole #UFC217 recap in bio!
#UFC possibility heading towards online streaming for 2018